Procedure for the sale of PG Eksploatacja shares closed, without selecting a winning bid 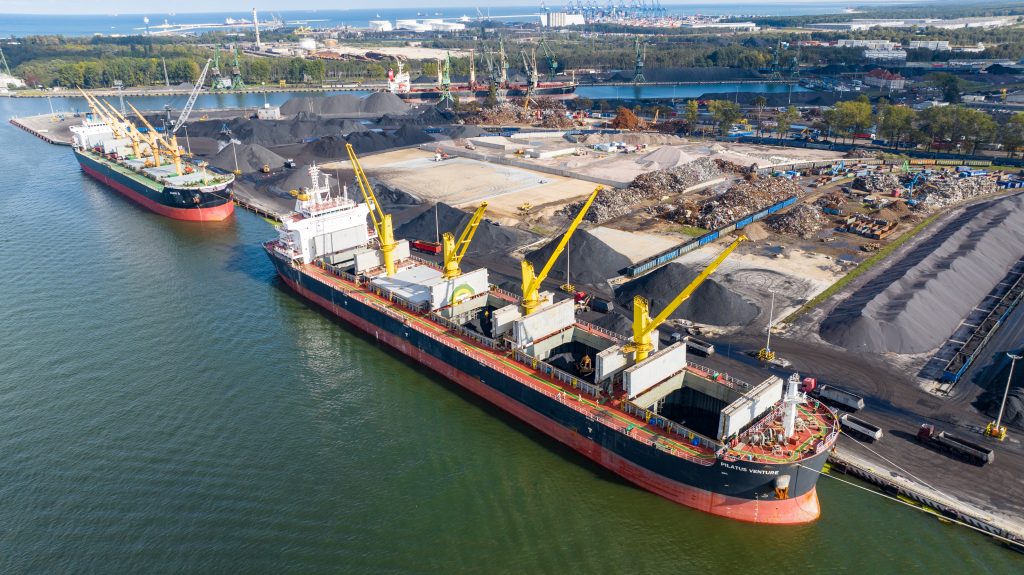 The procedure for the sale of shares in Port Gdański Eksploatacja S.A. has been closed, without selecting a winning bid. This decision has been made by the Port of Gdansk Authority S.A., the owner of PG Eksploatacja S.A. in view of the unstable geopolitical situation, a fundamental change in the company’s situation and the resulting significant increase in its market value, as well as unsatisfactory bids from the entities admitted to the negotiation stage.

Early in 2021, the Port of Gdansk Authority S.A. decided to sell its full stake in Port Gdański Eksploatacja S.A. (hereinafter referred to as PGE S.A.) The company operates on an area of over 89ha in the Inner Port and carries out handling operations in 5 quays.

The invitation to negotiate the sale of shares in PGE S.A. was published on the 1st of March 2021. Responses to the invitation were submitted by 7 potential investors. ZMPG S.A. decided to qualify 5 entities for the next stage of the procedure, i.e. for the due diligence of PGE S.A. Four potential investors paid on-site visits and met with the Boards of PGE and ZMPG, as provided for in the procedure. Finally, 3 bids were submitted. The Board decided to qualify 2 companies for the negotiation stage. In June 2022, ZMPG granted one entity temporary exclusivity to participate in the negotiations.

The Bid Evaluation Team analysed the bids of the potential investors, taking into account the updated valuation of the company’s shares as at late August 2022, including the position of the Privatisation Advisor, and the current geopolitical situation. Analysis showed that the value indicated by the valuation of PGE S.A. significantly exceeded the value indicated in earlier valuations and the amount of investors’ bids.

Therefore, the Port of Gdansk Authority asked the investor granted exclusivity for negotiations, until the 31st of December 2022, to take into account the new situation of the company and to review its bid by the 15th of December 2022. The Investor’s bid, received by ZMPG within the indicated time limit, is below the company’s market value. At the same time, the Investor did not change its assumptions regarding the originally planned investments, that it would have been required to carry out after the conclusion of the agreement, although the company’s needs in this respect had changed significantly.

In view of the new geopolitical situation, PG Eksploatacja S.A. as a port operator carries out handling operations that guarantee the country’s energy security. The blockade of Ukrainian ports, the embargo imposed on energy raw materials imported from Russia and the simultaneous need to ensure the continuity of supplies of raw materials from other directions, by sea, made PGE S.A. take on the burden of handling the increased flow of cargo 24/7. During the 11 months of 2022, the company handled a total of 3.6 million tonnes of coal, a 295 per cent increase compared to the same period last year. November was an absolute record month, with over 750,000 tonnes of this raw material handled. PGE S.A. is poised to end 2022 with a historic result of 6.5 million tonnes of total handling operations, more than double that of last year.

“The bids submitted do not meet our expectations, for several reasons. The company’s situation has significantly changed since the day we announced the procedure. The company is currently valued higher than when the procedure began, in 2021. As a result of the unexpected change in the geopolitical environment in which the company operates and the increased demand for services, PGE S.A. is now achieving historic results and handling almost one million tonnes of cargo per month. As a result, the company is able to gradually make up for its technological debt by investing in mobile handling equipment to increase its handling capacity. The company is currently in need of a partner that will provide it with adequate volumes and cargo weight over the long term, of at least 10 years,” says Łukasz Greinke, CEO of Port of Gdansk Authority S.A.

In February this year, the first of three harbour cranes purchased by PGE S.A.; a Liebherr LHM – 550, began operating at the Wood Station. In June and August 2023, another two LHM – 550 cranes will be delivered to the quay. Investments in handling equipment have significantly increased the company’s handling capacity and will increase it further in the future.

Between 2021 and 2022, the company earmarked approximately 25.8 million PLN for the purchase of equipment (a LHM 550 crane, a Volvo loader, truck and rail scales, a Liebherr excavator, a Kalmar, a tractor, a wheel loader and a Grall box). It is currently in the process of purchasing two more LHM 550 cranes and two Kalmar forklift trucks for a total of more than 50 million PLN.

Anna Drozd – spokesperson for the Port of Gdańsk

Port of Gdańsk finalising its PCS tests. The use of...