Independence Run with the Port of Gdańsk. The youngest participant was 14 months old 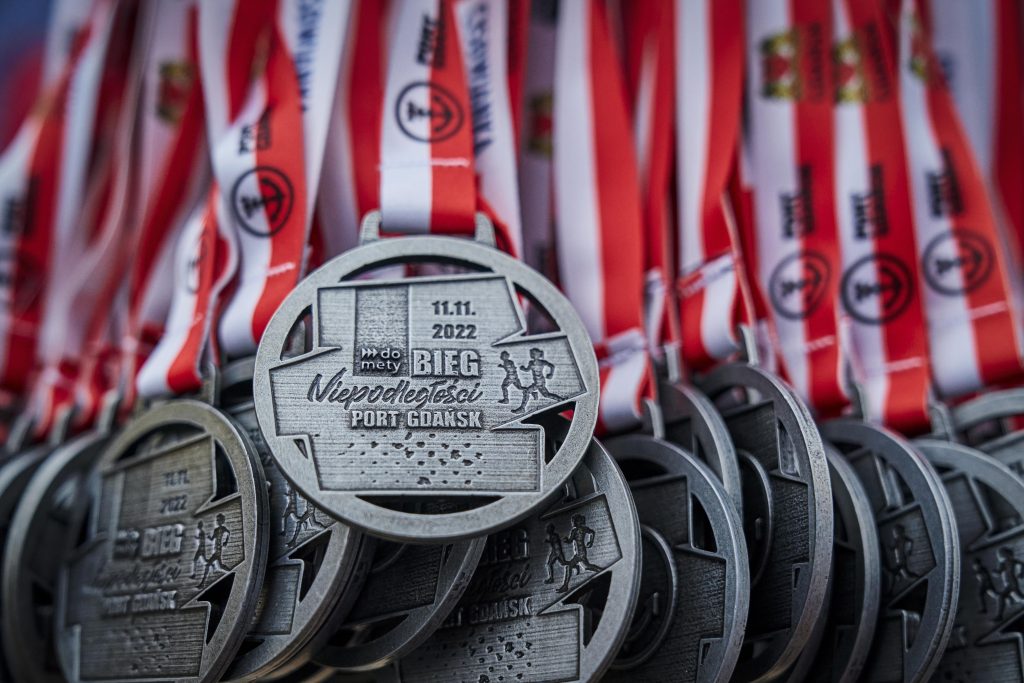 On the occasion of Independence Day, a wave of runners and walkers dressed in red and white flooded the seaside promenade between Brzeźno and Jelitkowo. This is how whole families – together with the Port of Gdańsk – celebrated the 104th anniversary of Poland regaining its independence.

The turnout exceeded the expectations of the organizers. Over 700 people decided to spend Independence Day actively.

The start of the race was near the western breakwater, at the entrance to the Port of Gdańsk. The route led along the seaside boulevard towards Jelitkowo. There, at the entrance to beach no. 74, by the Parkowa restaurant, the runners turned around to head back towards the Port of Gdańsk. The main run was a distance of 10 km, also involving relay teams. Marchers with Nordic Walking sticks had to cover a 5.5 km route between the breakwater and the pier in Brzeźno. For the youngest, there were runs of shorter distances: 100, 200, 400 m (Toddler category), 1 km (Junior and Youngster).

Each of the participants in the main run wore a white or red T-shirt with the Port of Gdańsk logo, designed especially for this occasion.

‘It was the first edition of the Independence Run with the Port of Gdańsk. We did not expect such great popularity. We had hoped for the participation of many runners, but we did not think that over seven hundred people would turn up at the start line. It was a great pleasure to see active, smiling people of all ages,’ said Tomasz Galiński, the run organiser. ‘The largest group of runners, including two-person relay teams, took part in the main run – almost 550 runners. 30 people marched with their sticks. We were also pleased to see such a large group of kids running, a total of 167 children in different age categories.’

The youngest participant was only a few months old – he covered the route in his parent’s arms. In turn, a 14-month-old toddler ran the 100 m route on his own legs, while being accompanied by a parent. The oldest competitor was about 70 years old.

The winner of the main race was Adam Głogowski, one of the best marathon runners. Among the women, Katarzyna Kaczkowska, the performance of the Polish champion in the duathlon was unrivalled. The best in the Nordic Walking was Zbigniew Gwizdała.

The employees of the Port of Gdańsk also took part in the main race.

‘We are very happy that we could celebrate the anniversary of regaining independence in a sporty way. A picturesque route along the sea, the view of ships entering our port and the smiling faces of the runners – nothing more, nothing less. At every stage, we felt the positive energy. That’s why we’re already thinking about the next edition,’ added Piotr Bura, director of the Marketing and Communication Department of the Port of Gdańsk, a participant of the Independence Run.

Port of Gdańsk invites you to locate your business on...

Port of Gdańsk at the 9th International Transport and Logistics...