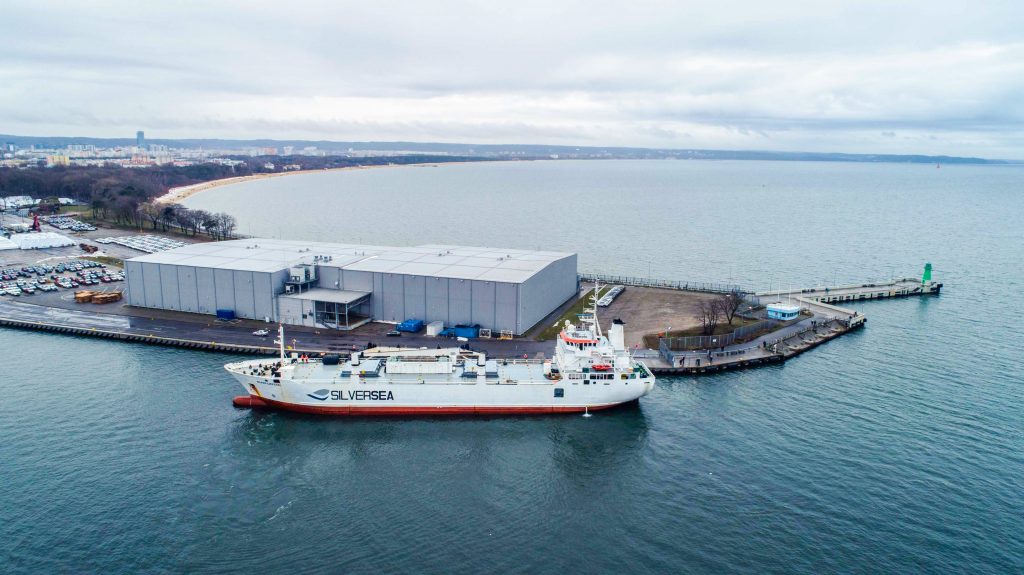 Fish processing is one of the most developed and quickly growing sectors of the food industry in Poland. Foreign carriers have been more frequently choosing our country as a result of dynamic expansion of local consumer and production markets. The first post-Brexit cargo ship with fish from Great Britain has just called at the Port of Gdańsk.

“Silver Crystal is a 90 m long vessel adapted to the transport of perishable foods. It is equipped with professional cold stores to ensure that cargo is delivered intact to the destination port,” says Anna Drozd, Spokesperson at the Port of Gdańsk.

The carrier brought mackerel from the Shetland Islands. Then, the fish were taken to a modern cold storage and handling facility of the North Atlantic Producers Organization (NAPO), which is engaged in sustainable fishing.

Maciej Kisiel, CEO of Chłodnia Gdańsk Sp. z o.o. said that: “The delivery of cargo from England could be made only because we are the only port in Poland to have a border veterinary control point dedicated to non-containerized shipments of raw fish (…) A wide range of raw fish material goes through our cold store and ultimately ends on the plate of an everyday Pole . We are talking about Baltic herring, Baltic sprat, North Sea herring and Barents Sea cod. Interestingly, the North-East Atlantic provides us with more than seven million tonnes of frozen fish for consumption, so everything that arrives at Gdańsk is only a small fraction of resources in that region. However, each year we attempt to improve the transport channels through the Port of Gdańsk and further reduce the costs of raw materials for the Polish processors”.

The NAPO cold store is located at the very entrance to the port in Gdańsk. The choice of location was not accidental.

“A key aspect in making the decision was the distribution structure of the Polish processing business. When looking at the map, we can find the biggest fish processing companies are within 180 km of Gdańsk. In addition, the well-connected A1 road gives access to Upper Silesia or the vicinity of Bydgoszcz, where this industry is also flourishing.
From my perspective, Gdańsk is the best location in Poland for such projects,” adds Maciej Kisiel.

A dedicated wharf in the immediate vicinity is used only for unloading ships that do business with the cold store, and within a 5 km radius there are two container terminals supporting direct connections with Asia, Africa and Western Europe.

The location in the Duty Free Zone (WOC) allows optimising customs and fiscal costs, resulting in lower costs of product delivery to the end customer.

“WOC is a terminal located around the Władysław IV Basin, directly at the entrance to the Inner Port in Gdańsk. This area is treated as being “abroad”. From a practical point of view, this means a number of benefits for entrepreneurs. The Duty Free Zone is the location of many of our importers, but also customs agencies, and inspection and shipping companies,” explains Anna Drozd.