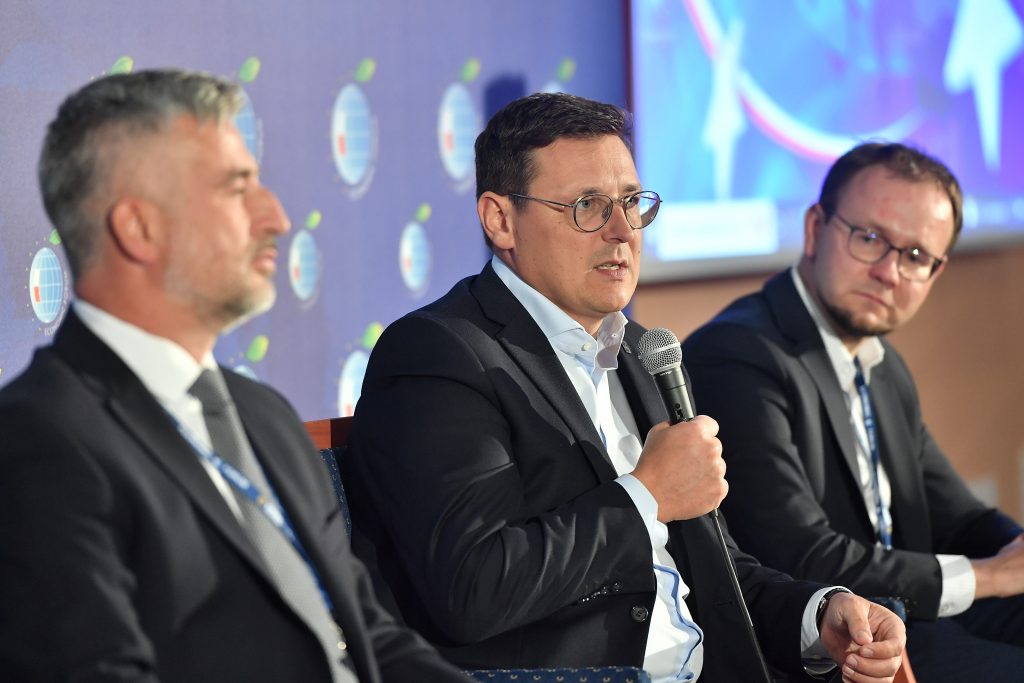 A strong port means a strong and secure state – said Łukasz Greinke, President of the Port of Gdańsk, at the 31st Economic Forum in Karpacz. The event featured more than 300 debates involving politicians, representatives of business, as well as culture and science.

‘Europe facing new challenges’ was the motto of the 31st Economic Forum in Karpacz, the largest and most important political and economic conference in Central and Eastern Europe. The Port of Gdańsk Authority was well represented at the event. President Lukasz Greinke and Vice-President Sławomir Michalewski discussed the strategic role of seaports, the future of Europe’s trade routes, and the energy security of Poland and Europe in the context of Russia’s attack on Ukraine.

‘Port infrastructure needs a power reserve in order for the supply chain to operate efficiently. Investments in seaports should be made to the point where port infrastructure can be used at any time for cargo handling to ensure Poland’s energy, food or military security’, said Łukasz Greinke, President of the Port of Gdańsk, during the first day of the forum.

According to the President, seaports, through which more than 30 per cent of goods pass, play an important role in the functioning of any country, and crises are a test of the efficiency of port infrastructure. The war in Ukraine made the Port of Gdańsk the main port used for exporting Ukrainian grain, raw materials and steel products, as well as the main handling point for military equipment for Ukraine, reaching Gdańsk by sea. ‘This situation has shown very clearly what happens to an economy that ceases to be able to export or import its goods by the sea’, he concluded.

Paweł Nowak, President of Port Gdański Eksploatacja S.A., who was present at the forum, added that in 2022 the port of Gdańsk became the largest exporter of products from Ukraine. ‘The increase in volume means both more expenditure and logistical arrangements. Investments have made us capable of handling this cargo’, he added.

The panel ‘Transport reinvented: What is the future of Europe’s trade routes’ was attended by Sławomir Michalewski, Vice-President of the Port of Gdańsk. He stressed that Poland’s rail and port infrastructure is currently being put to the test.

‘We must bear in mind that there is a brutal war going on behind our eastern border. We do not know when it will end. At the Port of Gdańsk, we have, in a way, prepared for this by implementing a very large modernisation project involving the reconstruction of quays, deepening of the waterway, and construction of new roads and tracks. As a result, we are able to carry out new tasks that nobody expected. In addition, if it were not for the huge investment at the hinterland of the port completed by PKP PLK, such as the Northern Port station with its 26 tracks, we would not be able to export coal, which comes to Poland by ship in huge quantities’, said Vice-President Michalewski.

Port of Gdańsk ranks second in the Baltic Sea