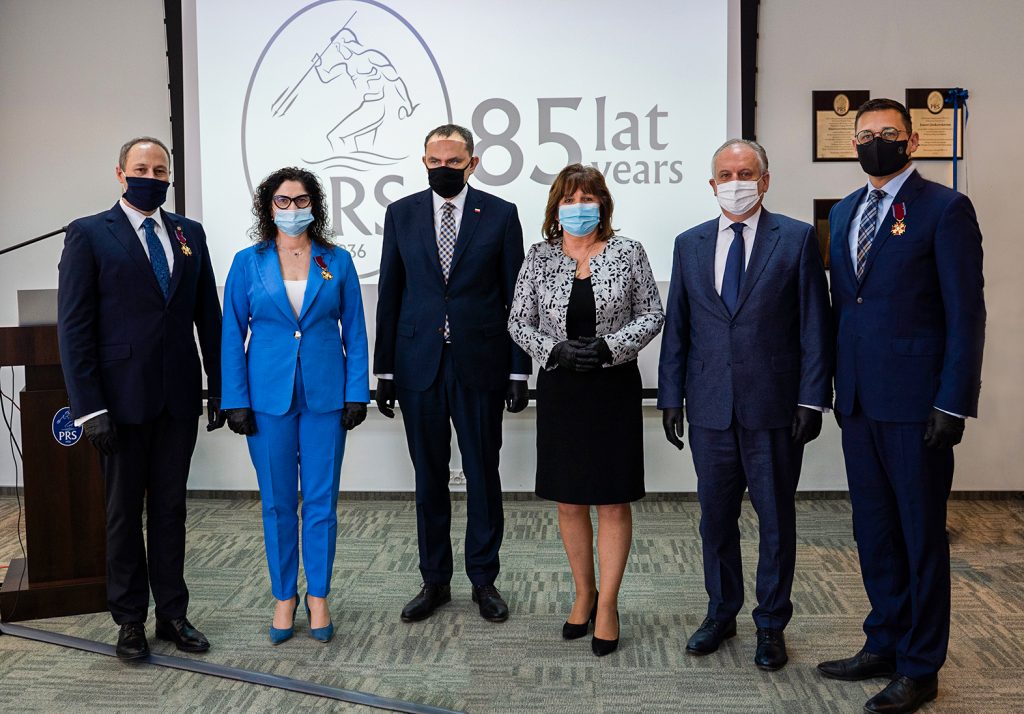 Łukasz Greinke, the President of the Port of Gdańsk, was decorated with the Gold Cross of Merit by the President of the Republic of Poland, Andrzej Duda. This unique decoration is awarded to those who stand out through their exceptional work for the country and society.

Łukasz Greinke was appointed the President of the Port of Gdańsk Authority in May 2016. Before that he worked in the supervisory boards of companies related to the maritime economy, in particular the TFL sector and port operators. Łukasz Greinke is a member of the Maritime Convention, under which he gives opinions on the key directions of operation and development in the maritime industry. He acts in the management of the Polish Chamber of Maritime Economy, which includes the International Court of Arbitration for Maritime and Inland Navigation. He is also a member of the expert forum at the Business Center Club, a prestigious organisation associating entrepreneurs and employers. Łukasz Greinke shares his knowledge and experience in seaport management on the forums of various social organisations.

As the President of the Port of Gdańsk Authority, he consistently strives to strengthen the port’s international position. Thanks to his effective and determined management, last year the Port of Gdańsk advanced to the top twenty European ports, moving ahead of the ports in Genoa and Dunkirk. This year it stepped up to the Baltic podium. It has passed the Port of Primorsk and moved up to third place in the ranking. This stopped the almost decade-long domination by the Russian ports on the Baltic podium.

Multi-million port infrastructure projects on an unprecedented scale are being carried out at the Port of Gdańsk, which will significantly increase the competitiveness of operators active in its area. Thanks to the commitment of Greinke, enterprises such as Krajowa Spółka Cukrowa S.A., ANWIL of the ORLEN Group, CEDROB Group and KADOR have located their businesses in the Port of Gdańsk area. Their presence in the port area means additional revenue for the state and new jobs for the inhabitants of the Pomorskie Voivodeship.

Investments and clear development directions allow the Port of Gdansk to grow in strength. Cargo handling at the Port of Gdańsk has tripled in the last decade, with an over 40% increase recorded in 2016-2019. Since 2016 the handling at the port quays has increased by 15 million tonnes, reaching a record volume of 52 million tonnes in 2019. The years from 2016 to 2020 were also a time of huge capital expenditures following years of neglect in the port infrastructure. In 2019 alone, the capital expenditures of the Port of Gdańsk were over PLN 390 million, including 35% of its own funds, and in 2020 this reached 273 million, including over 46% of its own funds. It is a huge project that began in 2016 and will continue in the coming years.

In 2016 the Port of Gdansk took up the gauntlet to compete with the largest ports in Europe. The multi-million projects in progress increase its competitiveness and strengthen its position. In May 2020 the Port of Gdańsk advanced to the top 20 European ports.