The Port of Gdańsk prepares to modernise four more quays 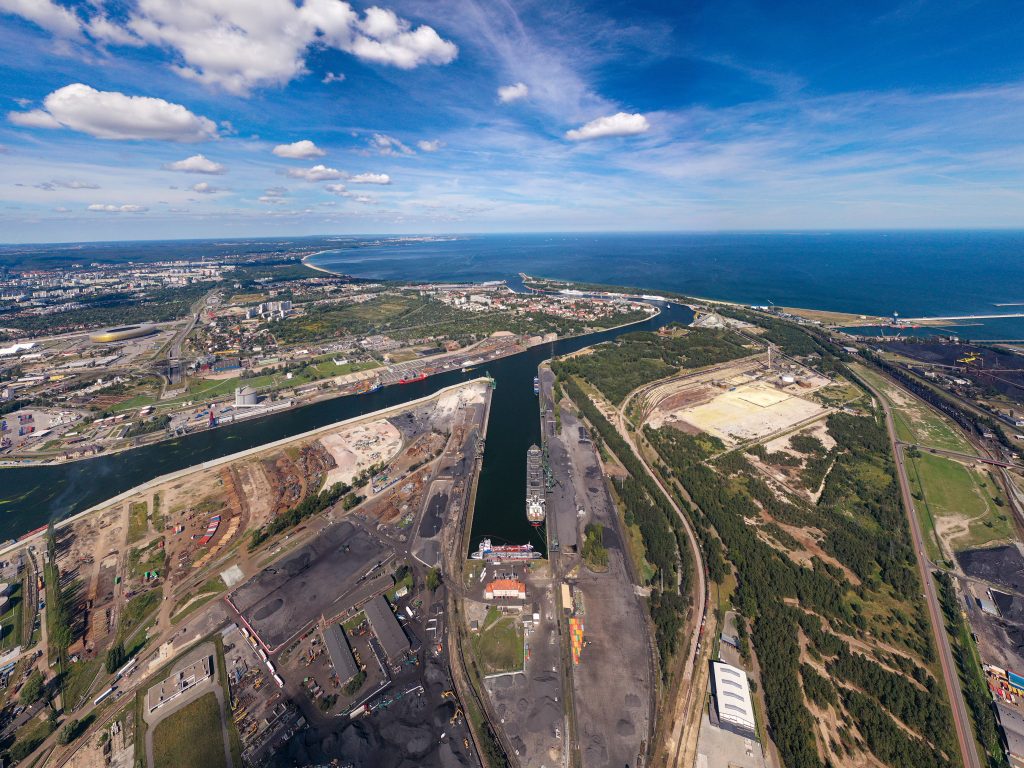 The Port of Gdańsk has been a huge construction site in recent years. An investment of key importance to the development of the Inner Port has just been completed, related to the deepening of the fairway and the modernisation of more than 5 km of quays, and another, the continuation of this investment, is already being planned.

The project is called ‘Improving access to the Port of Gdańsk – modernisation of fairway 2’. Within the framework of this undertaking, it is planned to extend four quays of the Inner Port with a total length of 1,916 metres together with the railway infrastructure. The Wiślane and Bytomskie Quays are located along the Port Channel, whereas the Ore Quay III and partly the Coal Quay are located in the Mining Basin. The project has all the necessary documents: design and environmental documents, as well as consents and permits. Completion of the project evaluation process by CINEA is expected in June 2022. The total value of the project is approx. PLN 533 million, of which the EU co-financing amounting to 85 per cent of the costs will constitute more than PLN 453 million. The planned investment implementation period is 2022-2026.

‘On 18 January we submitted an application to the European Climate, Infrastructure and Environment Executive Agency (CINEA) for co-financing of this investment, as part of the CEF 2 instrument’ – explains Monika Charlińska – Bodziony, Director of the Fund Acquisition and Settlement Department of the Port of Gdańsk Authority SA.

The project will contribute to increasing competitiveness of the Port of Gdańsk, strengthening handling potential and increasing throughput. Thanks to this investment, the quality and standard of ship servicing as well as working conditions will be improved, and the handling capacity and ability to deal with larger vessels will be increased. Moreover, the length of the mooring line will be increased, and the shorelines will be adjusted to the needs of vessels with the maximum admissible draught so that they can safely navigate the Port Channel. The Bytomskie quay will serve as a universal quay after reconstruction. The extension is planned on a 204-metre long section. The investment is related to the adjustment of the existing shoreline to the planned vessel traffic in the Port Channel and within the Main Port Ship Turning Area. The expansion of another quay – Ore Quay III – is expected to create a universal handling berth, adapted to service full-load vessels of 35,000 DWT. As part of the task, a 232-metre-long section and an 18-metre-long section of the Administrative Quay will be reconstructed. Apart from the hydro-technical structures, the following items will also be reconstructed: electrical and water supply networks, linear drainage and stormwater drainage of the quay, as well as access roads to the quay. The course of the railway tracks will also be corrected. The quay will be adapted for handling with LHM550 self-propelled units.

Another quay that is planned for reconstruction is the Wiślane Quay on a 918-metre long section. The task will consist of building a new quay slab resting on a new sheet pile wall and a new pile system. Dredging work will also be carried out on the quay. This will increase the permissible values of operational parameters (including the depth of the Port Channel at the quay to 12 metres). In addition, the necessary elements of the land development network and modernisation of the rail track system at the quay are to be carried out. In turn, the first stage of the redevelopment of the Coal Quay covers a stretch of approximately 540 metres. As part of this project, it is planned to construct several handling berths.

We would like to remind you that ‘Modernisation of the fairway, the extension of quays and improvement of navigation conditions in the Inner Port in Gdańsk’, co-financed by the CEF instrument, is almost finished. The construction works have already been completed, acceptance activities and final settlements are currently underway. The whole project is planned to be completed by the end of June this year. The cost of this investment is about PLN 595.5 million.

This long-term investment of Port of Gdańsk Authority SA includes the following quays: Oliwskie, Ziółkowskiego, Obrońców Poczty Polskiej and Mew, Zbożowe, Wisłoujście, Dworzec Drzewny and sections of quays: Wiślane, Szczecińskie and BON with a total length of about 5 km, and a 7 km long fairway of the Inner Port. Thanks to the modernisation of the fairway, an increase in the maximum draught will be possible for ships entering the inner port. In the Port Channel, vessels up to 250 m long, 35 m wide and with a draught of 10.6 m can be handled; whereas the Kaszubski Channel allows handling vessels up to 190 m long, 25 m wide and a draught of 9.35 m.

The Port of Gdańsk is announcing a competition for land reclamation

Offshore installation terminal moored at the Port of Gdańsk